The majority people in the US have at least one cavity in their teeth at some point during their lifetime, with advances in dentistry and greater emphasis on prevention the number of cavities has been reduced but it still remains an extremely common dental ailment. The best dentist in Towson at Finney Family Dental has been helping the residents of this area prevent tooth decay, the cause of most cavities.

Tooth decay and periodontal disease are most often caused by bacteria that have settled on the teeth and around the gums in the form of plaque and tartar. Plaque is bacteria mixed with mucus and food particles that can then harden into tartar. Brushing and flossing can remove plaque but not the hard tartar. The plaque and tartar begin to eat away or decay the enamel surface of the tooth forming soft spots and holes, which are cavities. The bacteria on the gums causes an inflammation of the gums that can make them red, swollen and bleed easily, this early form of gum disease is called gingivitis. Gingivitis can often be treated by dental cleanings from our best dentist in Towson and regular brushing and flossing. If allowed to worsen the gums will begin to pull away from the tooth form pockets, which the bacteria will infect, the deeper the pocket the further the disease has gone. At this stage the gum disease is termed Periodontitis, and the gums will begin to withdraw from the tooth below the gum line loosen it and eventually causing tooth loss. Periodontitis can also spread into the bone of the jaw and cause bone loss.

The best way to deal with possible tooth decay and gum disease is to prevent it in the first place. Our best dentist in Towson has developed a prevention program that represents a partnership between our office and our patients. Daily tooth and gums maintenance by our patients in the form of a regiment of brushing, flossing and using oral rinses is the best way to prevent plaque buildup. Our practice will supplement the patient’s efforts with regular checkups by our doctor as well as semi-annual tooth dental cleanings to scrape away any accumulated plaque and tartar. Call our office for an appointment. 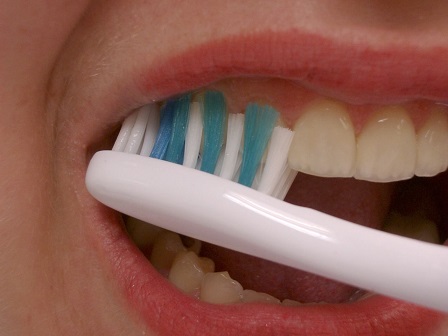